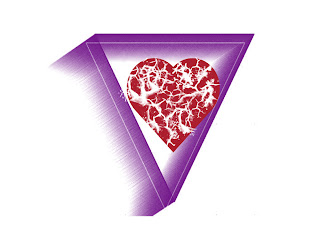 At the heart of The Broken of Britain campaign is the commitment  to being a transparent non-partisan representative voice for disabled people in the face of welfare reform. Additionally, the ongoing negative coverage of the disabled as ‘scroungers’ in what seems to be a campaign against us has become the driving force fuelling many of our projects. Like many organisations in the Digital Age, we make ample use of social media as a campaigning tool. Because TBofB is an effort organised and run by disabled people in disparate locations around the UK, it can rightly be said that we are Digital Activists. The use of social media allows us make our voices heard and on a global scale – something that would have been far more difficult without the internet.


As with every other aspect of our lives, our attempts to raise awareness about issues important to our survival have to be markedly fluid because of our various health concerns. Indeed; whilst I would liked to have had all aspects of this particular project finalised a few says ago, my body had other ideas. It is this reality which is the basis for our #TalkingTuesday and #ThinkingThursday #TwitterStories campaigns, ongoing since November 2010.
Those fortunate enough to not have our issues or care for someone who does have no concept of what our lives are like as Spoonies. We have been letting the world know how our lives have changed by chronic illness through our own #disability, #mentalillness, #invisibleillness, or #Carers stories in a single 140-character tweet. This double-barrelled action has been our way to counter the stigma attached to disability and the outrageous presumption-filled hate that comes with it. The majority of tweets received thus far also made their way into our warmly received “One Month Before Heartache” Blogswarm last month.

The government are intensifying their efforts in this final week before the Valentine’s Day deadline to respond to the Consultation on the Reform of Disability Living Allowance. This coming Wednesday, 9th February, Minister for Disability Maria Miller is holding a live event via The Guardian where she will answer pre-submitted questions from the public. That same morning, Secretary of State for Work & Pensions Iain Duncan Smith will be attending the next Universal Credit Hearing. No doubt we can also expect even more of the usual from the tabloid media and blogs.
Last week we launched Project V where we asked you to send a Valentine’s message to your MP. Today marks the launch of the second phase of the project: the aim is to expand the existing TBofB Twitter Stories Campaign, allowing our stories to be shared quickly and easily. This is especially helpful for those of us with debilitating conditions that impair their ability to concentrate on standard long-form blog posts.

This is how it works:

Our good friend Rosemary of sister organisation Carer Watch reminded us today that there are not many family carers who use Twitter, but do use Facebook. We do not want anyone to be left out.
Help non-Spoonies get insight into disability, mental health, invisible illness or chronic illness and the  stigma that comes with these conditions.


Whilst it comes as no surprise that forests, libraries and even fish have garnered significant support;  it is nonetheless hugely disappointing that DLA and related issues don’t have the same consideration by the public at large.   In the words of the late, great Benjamin Franklin, “justice will not be served until those who are unaffected are as outraged as those who are”.  Please take part in this latest TBofB initiative and let’s see if we can change that by getting #ProjV trending on Twitter.